Omar Elabdellaoui, the star name of Galatasaray and the Norwegian National Team, became the intermediary for the transfer.

According to the news reported by the Greek media on the subject, Olympiakos, who was in search of a left-back, gave the hook to Fredrik André Björkan, 22, who is currently playing in the Glimt team.

Burned the ships for transfer to Galatasaray! Shaqiri is coming

It was stated that the officials from Olympiakos, who wanted to add the 22-year-old football player to their squad during the intermediate transfer season, asked Omar for information about the player.

“OLD FRIEND” SIMILAR METHOD
On the other hand, the Greek press, for Omar, who provided information about the actor, “Olympiacos executives turned to Omar to find out about the player’s profile. In difficult times and such moments, it’s good to turn to old friends.” said. 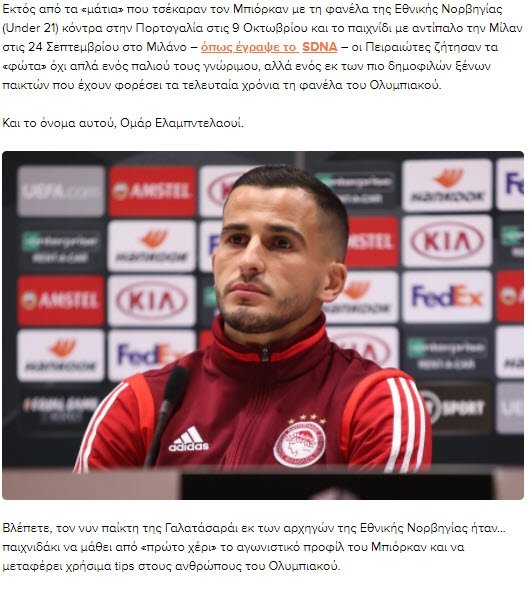