According to the news in the Portuguese press, the 20-year-old striker U21 played in the UEFA Youth League and the Portuguese Youth League. On the other hand, Berke, who recently played in Serzedelo, was not preferred by his teacher Fernando Fontao and he parted ways with his club.

THE EXACT WHY IS UNKNOWN
It was written in the details of the news that it was not known exactly why Berke left. The source of the problem is not yet fully specified.

He came with great hopes
As it will be remembered, after parting with Fenerbahçe, national defender Merih Demiral, who is currently playing in Juventus, preferred AC Alcanenense, one of the Portuguese League teams, and had a very good career after the yellow and navy blue. 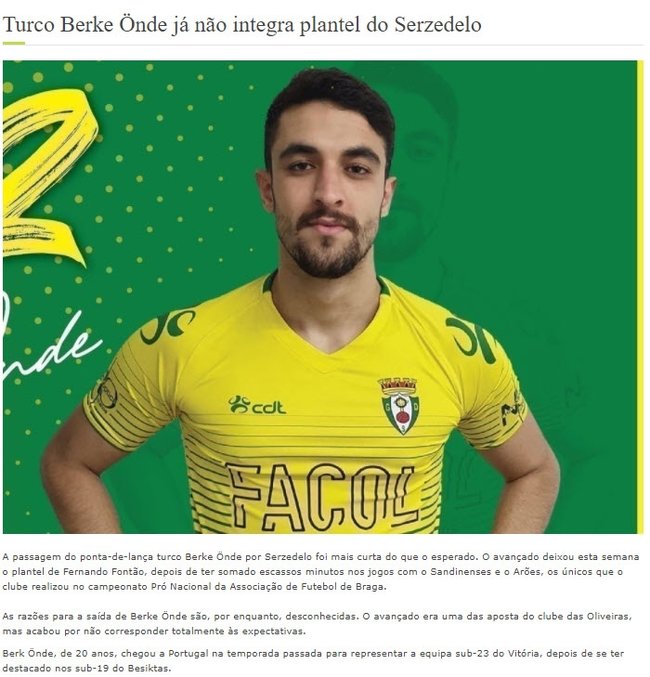