Burak Yılmaz, one of the transfers of Lille, one of the French Ligue 1 teams, this season received full marks from the authorities with his performance. While the national striker gave important points to his team after the goals he scored, he came to the agenda in the Spanish press.

In the analysis written on Burak Yılmaz in Mundo Deportivo, it was emphasized that even though the national star is 35 years old, Osimhen and Remy filled the gap. While it was stated that he played in the ‘4 Seniors’ in his career and proved himself as the top scorer twice, his teacher Galtier was reminded of the following words about him:

At his age, playing like this isn’t an easy thing. He is one of the most experienced players of our team and really lives for football.

Burak Yilmaz has scored 11 goals and made 4 assists in 22 matches he has played with Lille since the beginning of the season. Lille, on the other hand, ranks 3rd with 39 points in the league. 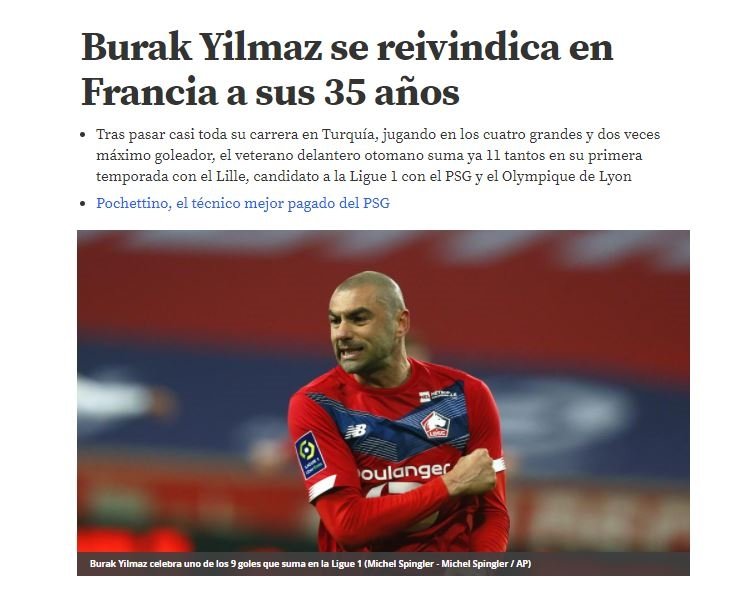