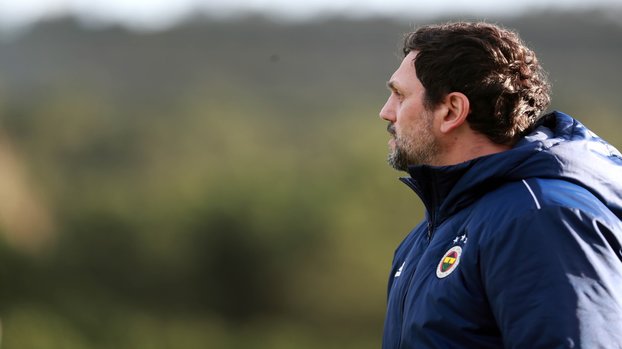 The last league week of the year witnessed high pace and competition. We watched competitions that did not leave the derby match alone in terms of quality. Both action and excitement were at its peak in the matches of Antep-Alanya, Başakşehir-Kasımpaşa, G.B Birliği-Kayseri and Beşiktaş-Sivas.

Trying to take firm steps forward, Galatasaray beat Trabzonspor in a calm and eye-catching way. The integration of in-game leader Arda and his friends made them enter the new year ahead.

Galatasaray performed an almost perfect game. Coach preference and wrong transfers at the beginning of the season made us feel once again that the going would be difficult in Trabzonspor. The search-screening team, which made high quality foreign player transfers for the last two years, failed this year in transfers. I do not want to offend by giving names, but such players even have neighborhood teams in the city of Trabzon. In order to benefit from Hunter, you need at least five ready players.

At the start of the season, we were saying that the squad would be insufficient. When Sergen Yalçın got full efficiency from all of his actors, he even created a staff depth within himself. For example, in the last game, I thought it would be difficult without Josef and Aboubakar.
The absence of both actors was not even felt. If we had a staff scale; Fenerbahçe was perhaps the most dominant club, while the difference in the technical man brought Galatasaray and Beşiktaş to the fore.

In the rating, Sumudica was ahead of Fenerbahçe’s teacher. It was said to come from the German school; I haven’t seen the slightest trace of German football so far. It was said that he speaks many foreign languages; Retired translator Samet came to my mind.

It is not that the technical man is multilingual; He needs to know the language of football, moreover, the language of the player. I could not see that either. He said he had three or four different game formats; We haven’t watched even one clearly yet, let alone three-four …

Look at the competitors! How is Sumudica’s system? It works without a hitch. He established a throne in the hearts of his players.

Sergen Hodja changes system and player according to the opponent. For example, he started his Sivas match with a different tactic. In previous games, there was a Beşiktaş who stepped ahead, tried to keep the ball and played quickly. But in the last game he gave the ball to Sivas team first.

Even if Fatih Terim watched from the tribune, he made his shadow felt. In Fenerbahçe, there are many question marks on both the game and the player dialogue.

I claim it without darkening the nape; F. Garden becomes the champion with this team, but not with this technical man. They say that Fenerbahçe needs a leader, a commander. Okay, brother too; you need a front-line commander, not a vehicle commander …