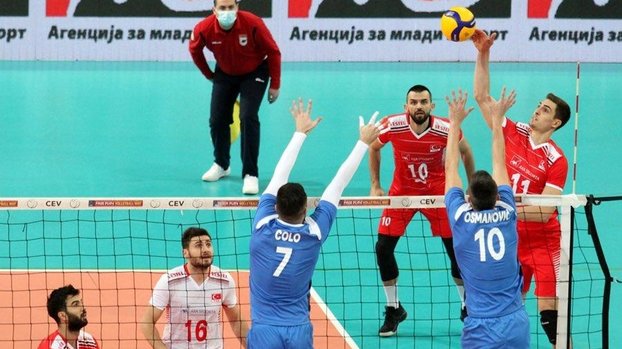 A National Men’s Volleyball Team defeated Bosnia and Herzegovina 3-0 in its first match in the 2021 CEV European Championship qualifiers.

Burutay Subaşı played an important role in the victory with his 19-point performance in the national team. For the crescent-stars, Adis Lagumdzija scored 13 points, Yiğit Gülmezoğlu 12, Oğuzhan Karasu 5, Arslan Ekşi and Vahit Emre Savaş 4 each.

Included in the second set of the match, Arda Bostan wore the uniform of the A National Team for the first time.

Turkey, tomorrow will make his second Group C match at the home of Northern Macedonia. The match, which will be broadcast live from TRT Spor 2, will start at 20:00.