According to the statement made by the black and white club, Adem Ljajic and Gökhan Töre, who have been separated from the team for a long time due to their injuries, were also included in the squad, while Domagoj Vida, Valentin Rosier and Atakan Üner were not included in the squad. 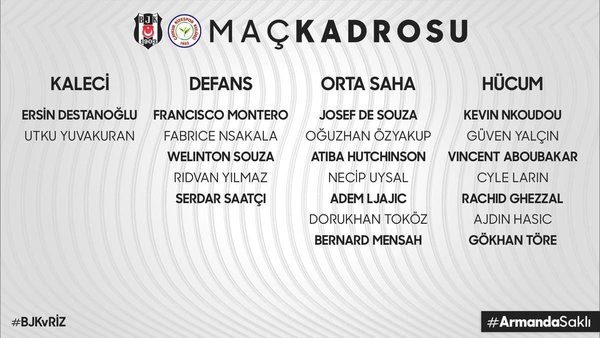