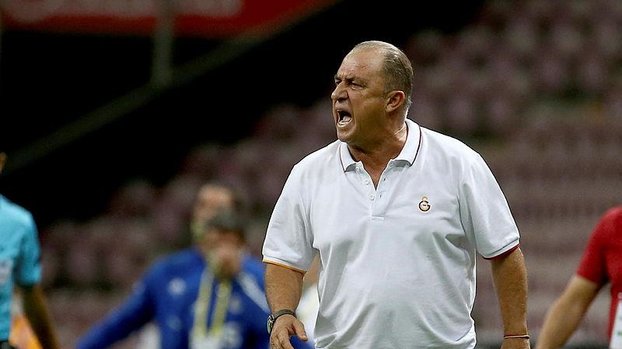 Galatasaray Coach Fatih Terim spoke with Kayserispor after they had a 1-1 draw. Evaluating the match, Terim said, “I fight Kayserispor for one time fight. I congratulate the score they get, both 11 and 11 and 10. They have 1 hit, that is a goal. Football is such a game … 25 shots, 30 crosses does not matter. You have to score a goal. We finished 1-1. Really lost points for us. Especially, we should have secured it with a different score in the first half. . ” said.

“I DO NOT UNDERSTAND THIS JOB”
The experienced teacher, who noted that the 5-minute extension was less than the game stopped a lot, said, “Today they gave a 5-minute extension, I stayed on the field, I did not go. We want to play. The referee is great, great, bravo, congratulations. Young playing, not playing. My brother, 10 players have changed! Is it 5 minutes? Is it so easy for Ali Sami Yen not to give 8, 9, 10? 5 minutes? Extensions for God’s sake! What is this! We want to play! After the opponent has reduced the momentum of the game, add more if you want. . He does not have a yellow card. There is a party that wants to play. There are a lot of people who do not want to play. I don’t understand this. ” used the expressions.

“HORROR WAITS THE MOUNTAINS”
Stating that the time of the ball in the game is very little in the match, the experienced coach said, “Is it minutes like borrowing money? We keep hours, bro. We keep scouts. Keep this game, how many minutes are not played! Look at the general match, 45 minutes played. “I also get angry with my lying player. I understand to move slowly, but the whole game won’t happen if you let it. Then you give it 5 minutes. I’ll throw it. I don’t throw it. My revolt, we want to play. This is not the first time. This is not the first time. Let them tell them in seminars until the morning. Mountains of fear wait. he spoke.