A flash claim was made for Yusuf Yazıcı, who was carrying his team with his goals in Lille. According to the information reported, Milan, who was in a meeting with Hakan Çalhanoğlu, left the table unhappy for now and turned his route to Yusuf Yazıcı.

FOLLOW CLOSE
According to the information provided in the details of the news, Milan closely follows the performance of Yusuf Yazıcı. On the other hand, the Lille club is aware of this interest and has already determined the testimonial number for the possible sale of the player.

THE FIRST CONTACT HAS BEGUN
It was also stated that Milan Sports Director Paolo Maldini asked the officials of the Lille club about Yusuf.

ESTIMATED FIGURE 25 MILLION EURO
On the other hand, it was claimed that the Lille club would approve this transfer and open the door at 25 million euros. 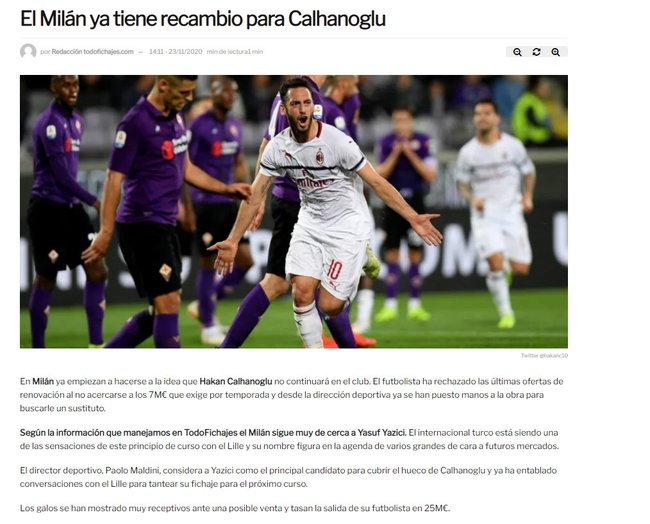