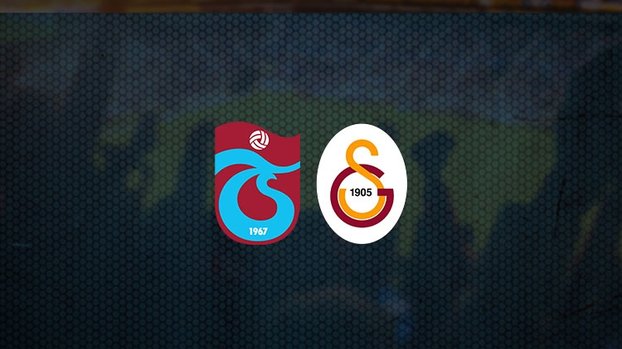 The excitement continues in the 15th week of the Super League. Trabzonspor and Galatasaray will share their trump card. All details about the match are wondered by football fans. So, when is Trabzonspor – Galatasaray match, at what time and on which channel?

TRABZONSPOR – GALATASARAY MATCH WHEN, TIME AND WHICH CHANNEL?

Trabzonspor – Galatasaray match will be broadcast live on beIN Sports 1 on Saturday, December 26 at 19:00.

FIRST DERBI EXCITEMENT AT THE HEAD OF TRABZONSPOR

Coach Abdullah Avcı, who runs an Anatolian team for the first time outside of Istanbul, will rival an Istanbul team for the first time with the burgundy-blue team. At the beginning of Trabzonspor, the experienced technical man, who will experience his first derby excitement against Galatasaray, achieved 23 wins, 16 draws and 25 defeats in 64 official competitions he played against the 3 elders of Istanbul.

Wants to crown the NAĞMAĞLUP SERIES

Trabzonspor coach Abdullah Avcı wants to continue his undefeated streak with the burgundy-blue team against Galatasaray. Avcı, who beat Büyükşehir Belediye Erzurumspor, MKE Ankaragücü and Hatayspor with results 1-0, defeated Çaykur Rizespor 2-1. Demir Grup drew 1-1 with Sivasspor and 0-0 with Kayserispor. Avcı’s team scored 6 goals in 6 matches in 6 matches with the Black Sea team, and 2 draws, and saw 2 goals in his castle. The Black Sea team, which has collected 14 points, continues to rise to the upper steps, and wants to continue with a victory against Galatasaray with Abdullah Avcı.

Trabzonspor Coach Abdullah Avcı and Galatasaray Coach Fatih Terim met four times in their teams. In the game to be played, Fatih Terim will not be able to lead his team due to his penalty. On the other hand, the teams in which the two technical men work do not have an advantage over each other. While Avcı was the winner in 2 games, Fatih Terim’s team won in both games.

Trabzonspor, which is behind in terms of the number of victories in the competition, has dominated its opponent in the last 12 league games.

In the last 12 league matches between the two teams, the burgundy-blues in 7, the yellow-reds reached 3 points in 4, and one match ended in a draw.

Galatasaray Club announced that Mbaye Diagne was not included in the squad as a precaution. In the statement made by the yellow-red club on the subject, “One of the family members of Mbaye Diagne was positive for the Covid-19 PCR test three days ago. Despite the negative result, our player was not included in the match squad for precautionary measures in order not to risk the health of both our team and our opponent.

On the other hand, Radamel Falcao, who recovered from his injury and started working with the team, returned to the squad. Coach Fatih Terim included the Colombian player in the Trabzonspor group.