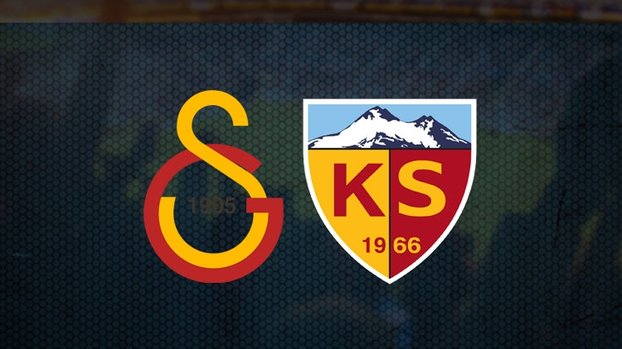 Galatasaray and Kayserispor face each other in the closing struggle of the 9th week of the Super League. Cimbom, who does not want to get injured in the summit race, is hosting Kayserispor, which brought Samet Aybaba to the head of the team by splitting with Bayram Bektaş after the bad results he received one after the other. Before the tough fight, all football fans Galatasaray – Kayserispor match when, at what time and on which channel? looking for the answer to the question. Here are the details …

GALATASARAY – KAYSERİSPOR MATCH WHEN IS THE TIME AND WHICH CHANNEL?

Referee Turgut Doman will lead the match, which will start at 19.30 at Türk Telekom Stadium. Doman’s assistants will be İsmail Şencan and Süleyman Özay. The fight will be broadcast live on BeIN Sports 1 screens.

Fatih Terim, the coach of the yellow-red team, is having a hard time forming the first 11 due to the shortcomings in the team. Christian Luyindama, Oghenekaro Etebo and Emre Taşdemir, who are injured, are not expected to be in the squad of the match. On the other hand, Arda Turan, Ryan Babel, Omar Elabdellaoui, whose new type of corona virus (Covid-19) tests are positive, and 2 players whose names are not disclosed will not be able to participate in the competition. While it will be clear at the match time whether Radamel Falcao will play or not, the experienced coach wanted to assign Falcao.

Due to the fact that Elabdellaoui and Luyindama could not play in Galatasaray, Martin Linnes and Ryan Donk will return to the top 11 with Hes Kablo Kayserispor match.

3 MISSING IN THE KAYSERİ TEAM

On the other hand, Hes Kablo Kayserispor has 3 missing against Galatasaray. New coach Samet Aybaba will not be able to benefit from Ilhan Depe, who is injured in Galatasaray, Wilfried Kanga, who has a positive Covid-19 test, and Pedro Henrique, who is suspended.