Kosovo Vedat Muric, who transferred from Fenerbahçe to Lazio for 20 million euros with bonuses at the beginning of the season, became a father for the second time.

Muriqi, who came to Istanbul by not leaving her husband alone, was born in the evening. Muriqi, who named his daughter Leyan, also has a son named Orhan, whom he named after his late father at the age of 2. Muriqi shared the photo of his newborn daughter with his wife Edibe. 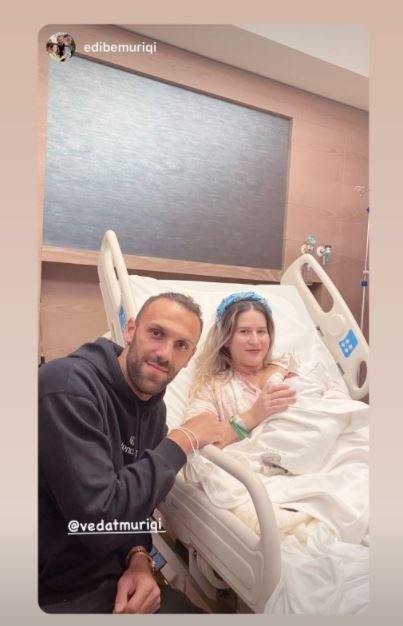