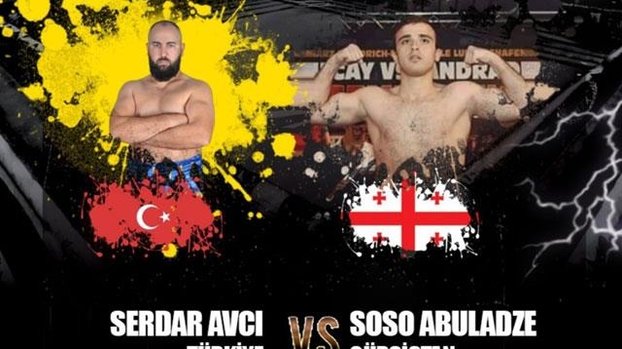 which has an important place in the world of boxing and his brother Anil Tamer Serdar Avci Avci, will be held on February 13, 2021 in Ukraine will fight for Turkey to bring the championship belt World Champion in Boxing Night. Serdar Avcı said, “I will be the first Turkish boxer to participate in this belt match. I am excited for this.”

Turkey’s national team in Olympic boxing team in Athens, European and Serdar Avci winning important competitions in the world championship, he returned to boxing as a break for a long time. After his return to boxing in the first 3 games 3 wins that Serdar Avci, as shown in the world’s top five countries were represented Turkey in boxing also important match in Ukraine. Serdar Avcı is now preparing for his title match at the World Champion Boxing Night organized by the world-famous boxer Vladimir Kliçko. Hunter will compete with Georgian Soso Abuladze for the gold belt in the semi-heavyweight division. Due to the pandemic, 7 thousand people are expected to participate in the organization to be held at the Kiev Sports Palace with 14 thousand people.

On the other hand, Serdar Avcı’s brother, Arda Tamer Avcı, will compete for the golden belt in the lightweight class in the same organization. The rival of Arda Tamer Avcı, who will be in the ring for the European championship, will be Ukrainian Roman Margaryan.

SERDAR AVCI: I WILL BE THE FIRST TURKISH BOXER IN THIS KEMER MATCH

Serdar Avcı said, “After many years, competing is like being born again for me,” continued his words as follows;

“I am very proud that I will represent my country and my nation in such a big arena, where there are such great world giants. I am the first Turkish boxer to be in this belt match and I am excited for this reason. It will be a tough match of 12 rounds. I believe it will be a crushing match, but this match I will definitely win. I am preparing to go to Siberia to camp. I will go to Ukraine after the preparation period, “he said.

“I WORK WITH NUMBERED NAMES”

Emphasizing that he is working with a special team, Serdar Avcı said, “My coach is the former Atlanta Olympic champion. That’s why I continue my work with numbered names. There are many important names in my team and I am happy to be with these names.”

ARDA TAMER HUNTER: I WANT TO BRING CHAMPIONSHIP BUT WILL NOT BE EASY TO TURKEY

Arda Tamer Avcı, who stated that he will carry out the preparations for the tournament with the camps he will make in Germany and Russia, said, “We have drawn a nice working program with my manager Ayçın Özsakabaşı and my coach. My preparations to meet with important names in Russia will continue. We have everything ready for the camp in Berlin. We will go to Germany next week. I am very happy to be the first Turk to compete for such an important belt. I know it will not be an easy competition. However, to bring the European championships in Turkey, I’m very happy because being studied our national anthem. Mike Tyson and Roy happy and excited to take part in the tournament will follow the important names in boxing as Jones, “he said.