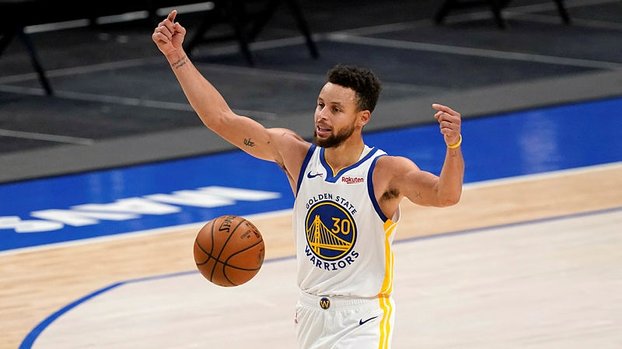 At the Mavericks, Kristaps Porzingis made a “double-double” with 18 points, 10 rebounds, while Josh Richardson contributed to the victory with 17 points. In the Warriors, Stephen Curry’s 57, Andrew Wiggins’ 22, and Kent Bazemore’s 20-point performances were not enough to win.

LAKERS WINS AT THE END OF TWO EXTENSIONS

The Los Angeles Lakers beat the Detroit Pistons 135-129 in two overtimes for their 4th consecutive win. In the Lakers, LeBron James scored a “double-double” with 33 points and 11 assists, while Anthony Davis with 30 points, 5 rebounds, and Dennis Schröder with 22 points and 8 assists. Jerami Grant 32 points, 6 assists in Pistons, Josh Jackson from the sidelines finished the fight with 28 points, 8 rebounds.

Eastern Conference leader Philadelphia 76ers defeated Brooklyn Nets 124-108 in the match played by national basketball player Furkan Korkmaz with 13 points, 3 rebounds and 1 assist. Cleveland Cavaliers, on the other hand, lost 124-99 to the Milwaukee Bucks in the match that national player Cedi Osman finished with 7 points and 2 assists.