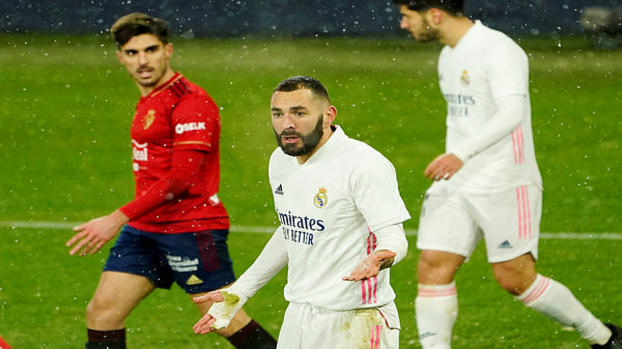 In the 18th week of the Spanish 1st Football League (La Liga), Real Madrid drew 0-0 against Osasuna in the away game.

Snowfall and cold weather were effective in Pamplona, ​​where the match was played, as in most of Spain.

The first half of the match was mostly played in midfield.

Real Madrid, unable to evaluate the positions it caught with Karim Benzema in the second half, received 1 point from Osasuna, which was in the lower row of the league.