The excitement in the UEFA Champions League continued with the 5th week matches.

Başakşehir, who lost to Manchester United on the road, faced Leipzig in the okay or continue match.

The fight played in Başakşehir Fatih Terim Stadium was completed with the 4-3 lead of the guest team.

The goals that brought Leipzig the victory; He came from Yussuf Poulsen, Nordi Mukiele, Dani Olmo and Sörloth.

İrfan Can Kahveci (3) signed the goals of our representative Başakşehir.

He faced PSG in the Manchester United field in the group’s diper match. After the French representative beat the opponent 3-1, it was certain that Medipol Başakşehir said goodbye to the European cups before the last match.

Praise from Okan Buruk to İrfan Can Kahveci

RB Leipzig developed from the right wing in the 3rd minute, in Mukiele’s pass, Forsberg’s shot over the penalty point was sideways auta.

In the 4th minute, in the corner kick used by Forsberg, Mukiele’s head kick was sent to goalkeeper Mert again.

In the 13th minute, Fosrberg’s free kick hit the ball coming into the penalty area at the arrival of Poulsen. However, the goalkeeper Mert did not allow the goal. Başakşehir defense took the ball away from the spinning.

In the 15th minute, Gulbrandsen grabbed the ball as a result of his pressure on the defense of RB Leipzig and passed the pass to İrfan Can. The hard shot of this football player was auta from the top.

In the 26th minute, Sabitzer’s hard shot from outside the penalty area first hit Skrtel and then Poulsen, misleading goalkeeper Mert and went to the networks. 0-1

Taking the pass from Visca in the 37th minute, Rafael’s right wing centered the ball into the penalty area. After Demba Ba, who controlled the ball first, the shot he made was the goalkeeper Gulacsi cornered.

Meeting with the ball in the penalty area on Forsberg’s floor in the 43rd minute, Mukiele’s shot met with the net from the right of goalkeeper Mert. 0-2

45 + 3. In the minute Visca passed and used the corner kick, İrfan Can’s hard shot over the penalty bow went to the round leather nets. 1-2

In the 55th minute, Chadli sent the ball from the right wing to the back pole, and the kick he made in the appropriate position was auta from the top.

61.dakikada Olmo’s right-wing hit the ball from the ground and hit Forsberg in the underpass. The leather round went auta from the top with a small margin.

Meeting with the ball in the penalty area in the 66th minute, Olmo got out of Ponck, took the shot and sent the ball to the net. 1-3

In the 72nd minute, İrfan Can, who took the pass from Demba Ba, met with round leather nets in a hard place shot from outside the penalty area. 2-3

In the 79th minute, the ball that Poulsen turned into the penalty area first hit the defense of Başakşehir and then the pole and returned to the game.

In the 86th minute, Başakşehir won the free kick, and İrfan Can’s kick met with the net. 3-3

90 + 2. In the minutes of Sabitzer’s pass, Sörloth sent the round of leather to the nets with the stylish kick he made over the bow of the penalty area. 3-4

He entered the list too! Great performance by İrfan Can

Okan Buruk gave Carlos Ponck the chance to replace Alexandru Epureanu with Manchester United in the first 11, and Fredrik Gulbrandsen in the first 11 instead of Nacer Chadli. 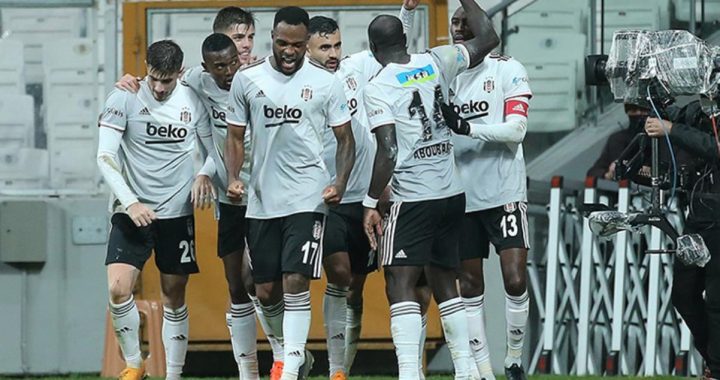