Burak Yılmaz, who played in Lille, one of the French Ligue 1 teams, came to the fore with his assistance to Ikone in the match against Saint-Etienne.

The score contribution of the national football player since the day he was transferred to the French team is remarkable. According to the information shared on the official website of the club, “Burak Yilmaz contributed 8 goals in the last 7 games in Ligue 1 (6 goals, 2 assists). has been a player “expressions were used.

The French team Lille, in which Yusuf Yazıcı and Zeki Çelik are in shape, is pushing the summit with Turkish players this season. The team makes a name for itself in Ligue 1 as well as in the Europa League. 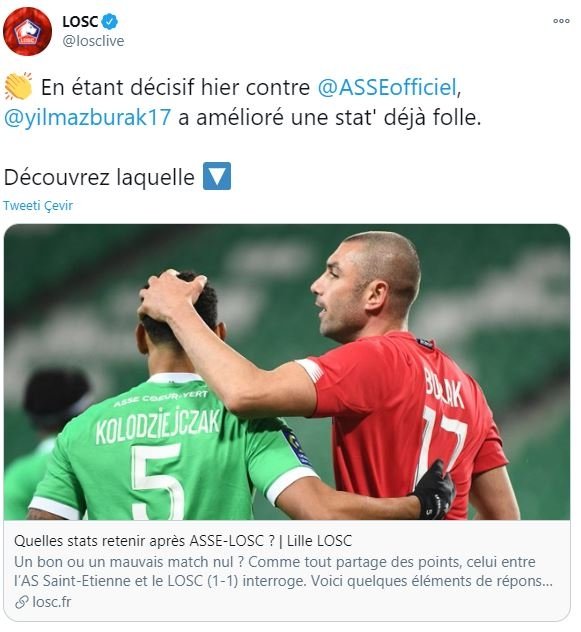