Flash statement for Fenerbahçe, Galatasaray and Beşiktaş, who continue to work in full speed for the intermediate transfer period … Finally, Ahmed Musa, who played in the Saudi team Al Nassr and announced that he will continue his career in Europe after his departure, answered the transfer questions directed to him.

According to the BBC’s report, Ahmed Musa’s next stop will most likely be Sheffield United, but the Nigerian star admitted that he was also considering other offers.

22 star candidate for F. Garden! The transfer will end on the stove

The statement made by Moses on the subject is as follows;

“I wanted to continue my career at the highest level in Europe because of my self-respect. That’s why I left Al Nassr.

Things didn’t go well in Leicester for some reason, but I don’t get too caught up in the past. If there is an opportunity to play in the Premier League, I’ll take it to write a better story.

“The shortcomings in Galatasaray are an advantage for us”

It is true that there is serious interest from different clubs, but that is my manager Tony Harris. He knows what I want. He knows that at this stage of my professional football career, I have to choose the best option. I always kept myself ready for the next challenge. A competitive team is all I need. I represent my country and therefore I want to play at the highest level. “ 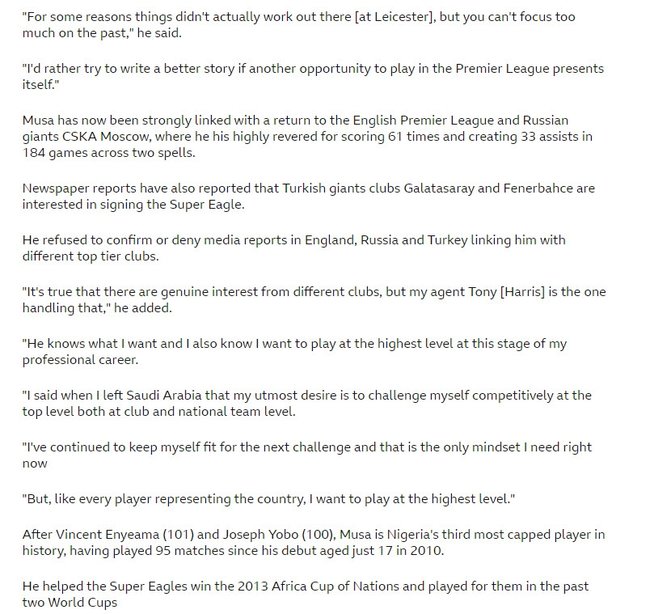