Ersin Destanoğlu, who was suspended after seeing a direct red card in the Gaziantep FK match in Beşiktaş, will not be able to play in the Medipol Başakşehir match.

After this news, it was a matter of wonder who would protect the castle in Beşiktaş, while there was a flash development in black and whites.

Utku Yuvakuran, who had a partial rupture on his muscle, was included in the squad of Beşiktaş’s match against Medipol Başakşehir. The 23-year-old net keeper is expected to start in the first 11. 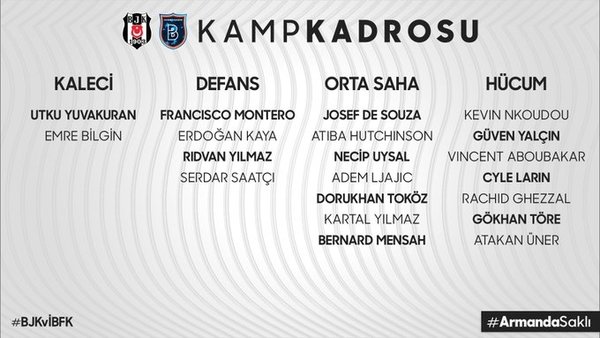