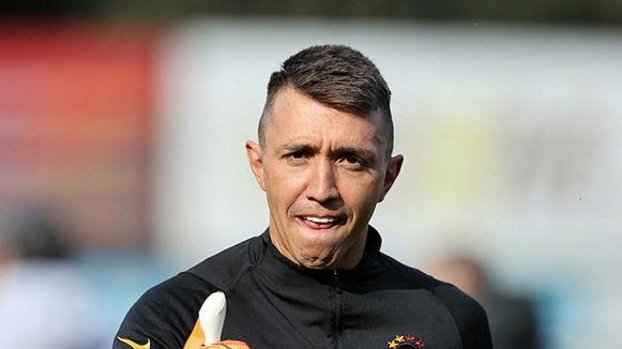 Fernando Muslera, who was expected to return to the team in Galatasaray, was injured again. The situation of Peter Etebo, who could not complete the training because he felt pulling in his upper right back muscle, will become clear after MRI examinations.

Here is the statement from Galatasaray:

Galatasaray Football Team completed the preparations for the match to be played against Göztepe in the 14th week of the Super League with the training it has done today.

Later, a rust game was played in a narrow area in groups.

In the main part of the training, tactical work was carried out under the management of our coach Fatih Terim.

The training was completed after the regeneration run and cooling movements.

The situation of Peter Etebo, who could not complete the training because he felt pulling in his upper right back muscle, will become clear after MRI examinations.

Radamel Falcao, who continued his treatment due to second degree strain and bleeding in the right upper anterior muscle group, continued with the field adaptation studies in the program prepared for him, after taking part with the team in the warm-up department.

Ryan Babel, who entered the rehabilitation process after his symptomatic Covid-19 disease and was applied a special program due to his back pain, worked in the hall and in the field with a conditioner.

Fernando Muslera, who was operated in the summer for fractures of the right tibia and fibula, continues the treatment of the fracture with a field return program. Due to the pain caused by osteitis pubis in the pubis area of ​​our player, special treatment for this area was started.

The match between Galatasaray and Göztepe will take place tomorrow at 19.00 at the Ali Sami Yen Sports Complex Türk Telekom Stadium.