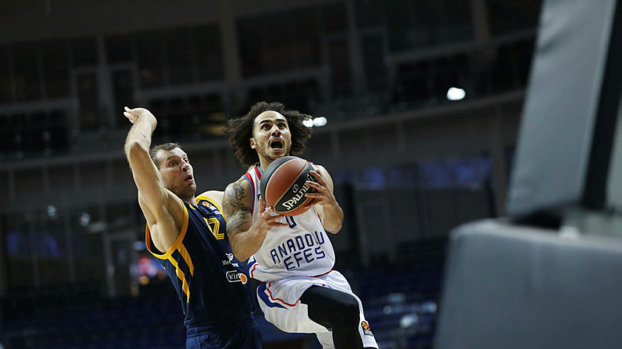 With this result, Anadolu Efes won its 5th victory in the organization. Khimki experienced his 7th defeat.

In the first period of the match, Khimki scored a high percentage in outer throws and got 6 hits against Anadolu Efes, who was effective in offense with Simon, and finished the first quarter 30-29.

In the second quarter, Shane Larkin, the US-born Turkish player of Anadolu Efes, weighed in the game. Anadolu Efes, who scored from the attacks directed by Larkin against Khimki who returned empty from the attacks in a row, increased the difference to double digits in the 17th minute: 41-51. The navy-white team went 58-51 ahead into the locker room.

Starting the third quarter with a 10-0 series, Anadolu Efes increased the difference to 17 points in the 24th minute: 51-68. The navy-whites, who did not slow down and widen the difference in the remaining minutes, entered the final period 86-63.

Maintaining the scorer advantage in the fourth period, Anadolu Efes won the match 105-77.

Krunoslav Simon, the Croatian player of Anadolu Efes, was the top scorer of the game with 24 points.

HERE A SUMMARY OF THE MATCH