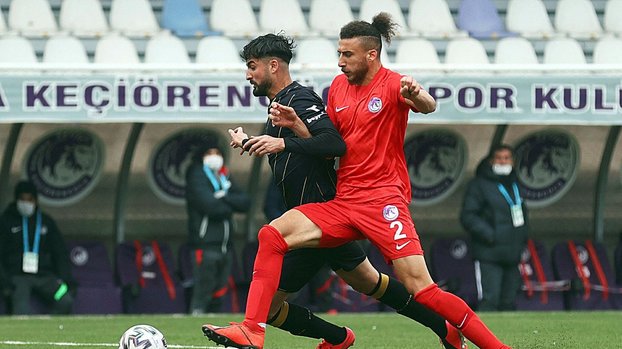 As the second half excitement started in TFF 1st League, Boluspor shared their trump cards with Keçiörengücü in the 18th week. The hostess Keçiörengücü won the tough match 2-0.

İrfan Akgün at 2 and Cem Ekinci at 64, who brought the victory to the capital representative.

Keçiörengücü, who won a critical win in the play-off race, increased his score to 31 with this result, while Bolu remained at 19 points.