The 39-year-old star player Zlatan Ibrahimovic, who played in Milan, one of the teams of the Italian First Football League (Serie A), was named “Footballer of the Year” in Sweden for the 12th time.

The best football players of 2020 were chosen at the premiere of the digital football awards due to the new type of coronavirus (Kovid-19) in Stockholm, the capital of Sweden.

Ibrahimovic won the footballer of the year (Golden ball) award for the 12th time.

Ibrahimovic, who was connected to the ceremony with video with a golden ball in his hand from Italy, joked by saying that he will receive this award at the age of 50. Stating that he is happy to be awarded once again, Ibrahimovic said, “I work hard, I am willing and I keep my faith high. I perform well at this age because I put a lot of effort into it.” he spoke. 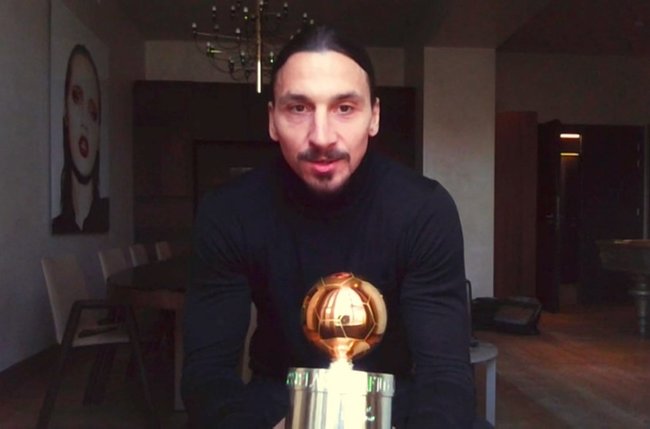 “I am happy in Turkey”

Kristoffer Nordfeldt, the goalkeeper of Gençlerbirliği, one of the Super League teams, became one of the three footballers nominated for the ‘goalkeeper of the year’ award. Everton goalkeeper Robin Olsen won the award.

The goalkeeper joined Genclerbirligi video Nordfeldt night, said he was pleased to be in Turkey.

Nordfeldt, “I had a very troubled days in England. I am happy and I am happy in Turkey. I am confident in myself because I constantly find a chance to form in the Gençlerbirliği came back. It was also positively affect my private life.” found the assessment.