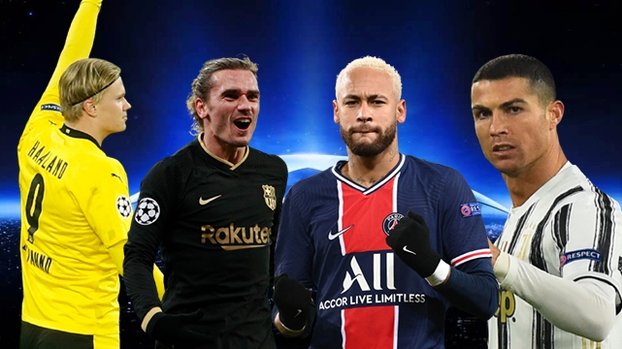 The most important club-level organization of European football started the fourth week of the UEFA Champions League with 8 matches played in groups E, F, G and H.

Last year’s finalist, Paris Saint-Germain, the finalist of the night in Group H, defeated the German team Leipzig 1-0 with Neymar’s penalty goal in the 11th minute.

In the other fight played in the same group, Medipol Başakşehir lost 4-1 to England’s Manchester United team on the road. Bruno Fernandes in the 7th and 19th minutes, Marcus Rashford and 90 + 2 from the penalty in the 35th minute. Daniel James scored in the minute and Deniz Türüç scored Medipol Başakşehir’s goal in the 75th minute.

In the match played in Group G, Barcelona defeated Dinamo Kiev 4-0 on the road with the goals of Sergino Dest, Martin Braithwaite (2) and Antoine Griezmann.

Juventus, on the other hand, defeated Ferencvaros 2-1 with the goal he found in the last minutes in the match he fell behind in the field. Cristiano Ronaldo and Alvaro Morata scored the goals that brought the Italian representative three points.

In Group G, Barcelona with 12 points and Juventus with 9 points secured the final 16 rounds. Previously, Chelsea and Sevilla had secured their exit from the group.

THE RESULTS RECEIVED IN THE GROUPS ARE AS