The FIFA game series, which is followed with interest by football fans, continues to drag the masses with the Ultimate Team mode. EA Sports must obtain people’s permission to use players’ faces and names in the game.

Expressing that his photo on the subject was used but his permission was not taken, Milan’s Swedish striker Zlatan Ibrahimovic, in his criticism on his social media account, said, “Who gave EA Sports permission to use my face in the game? I do not remember that I gave such permission”. 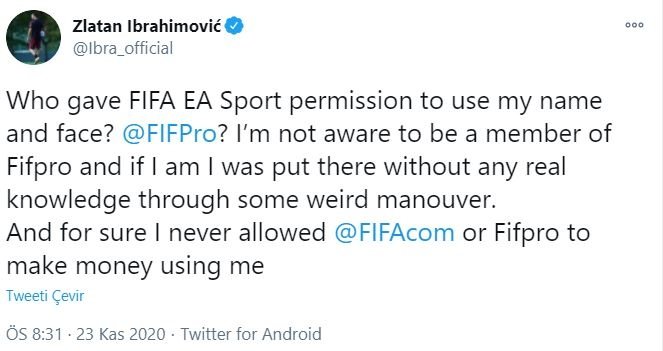