Galatasaray Coach Fatih TerimThey made statements after the match they were injured on the way to the championship by drawing a 2-2 draw with Sivasspor.

“WE LEFT 2 GOALS WITHOUT HALF POSITION”

Expressing that they conceded 2 goals without giving Sivasspor a half position, Fatih Terim said, “Despite this field, this field will cause us more headaches. This field is better but worse than TV. What we want to do is a magnificent 45 minutes. Despite this ground, a Galatasaray who took the ball between the blocks and dominated the game. It did not happen. We continued the second half in the same way. We got a goal again when there was no position. We got 2-2. We missed the third. However, we lost points. Unfortunately it is important to play well and fight well, but regardless of the statistics, the result is 2 points loss. Our choice is good game, good fight and 3 points. We are very close to 3 points. said.

“TWO ALI COULD NOT MAKE A RED”

“How else is the red card’s description. Inside they say, he hit the ball. Hit the ball well, he can miss. If he can’t miss it, he will bear his punishment. Is there 1 God’s servant who does not call it red! Two Ali could not get one red. What kind of thing is this! How to convince me?” You have an incident every week! They draw us such a scene that we never played. Today, he hit the ball. When he hits the ball, everything is free.

“THEY GIVE RED WHEN IT IS TO US”

Claiming that Sivasspor was not given a red card, Fatih Terim said, “I want to clarify an issue. The position to Henry in the 59th minute. Ali Palabıyık He does not say that his foot is continuing after he hits, even if the ball has been played inside. At least 2-3 of our players were kicked. You have 38 minutes with 7 minutes of overtime. It does not give red to this position. So his worries were justified. They were worried! If you don’t call this position red, someone will step on Gedson’s feet 2 seconds ago. The same square. In 10 seconds. 10 people will play the opponent, without any hesitation when we come to Galatasaray. Not that, but what. Ali Palabıyık because he can’t play ball. Of course, he does not know that the player will not put his base. We played that type, Falcaos, Mustafa’s, Emre, Diagne, a lot of red cards and a lot of 10 people. We are not fooled, they have no way to convince us. Because they can’t play, they can’t figure it out. What could be more obvious than that. This league match bro. This one has no pardon, no pardon. Certainly something happens to us every week, every week. Minute 59. Look, I’m telling you, “he said.

“OUR BIGGEST ADVANTAGE IS LOST”

Speaking about the championship race, Terim said, “The race continues. We will continue with these friends, despite the fields. We do not have the state to leave them. There is no such situation. There is no possibility of such a different option. Ali Sami Yen, we will play here. There is no different option anyway. There is one field. The owner of that field is playing. The other field is playing, he is playing. The Olympiad is the most beautiful. Başakşehir is also broken, they gave it somewhere. Karagümrük plays there. We both play inside the same week. We have no audience advantage inside. We have a disadvantage outside. “I do not know if it is sugar, sugar or opponent sugar. For us, our biggest disadvantage is our own field.” 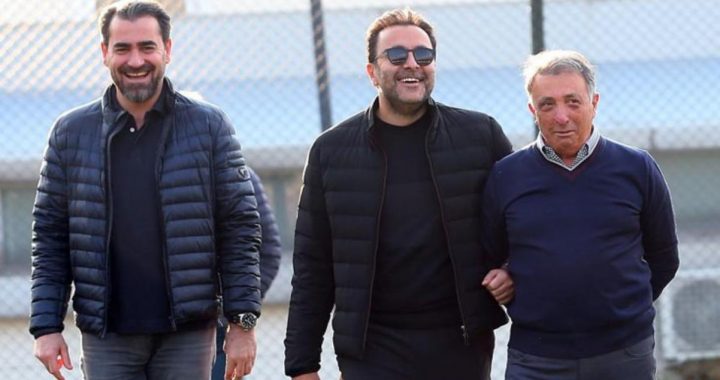