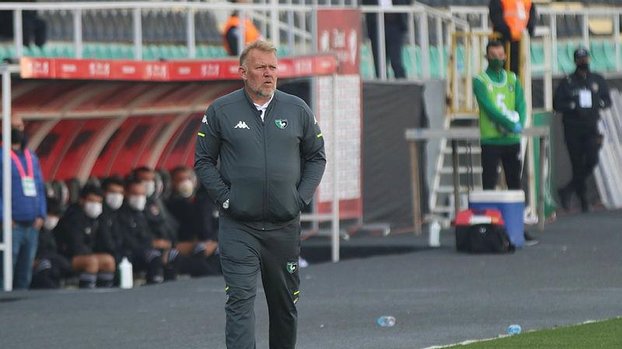 I Misli.co Agriculture, Turkey Cup 4th round in Super League team in the League representative Turgutluspor’da 2nd Yukatel Denizlispor 2-1 home defeat coach after the match that eliminated the host Robert Prosinecki said he was sorry.

Prosinecki said after the match in Denizlispor, which continued its bad course in the league in the cup, “There was a heavy defeat for our club and us. This will of course have consequences. We will make the necessary speeches with our president and managers. After that, we will share the decision made quickly. There is no need to talk too much. We scored a goal from individual mistakes. Then we scored the equality goal. While the ball was with us, we kicked the ball and got the second goal from the corner. We did not deserve to be ahead in the match. We will talk to the club and look ahead, “he said.