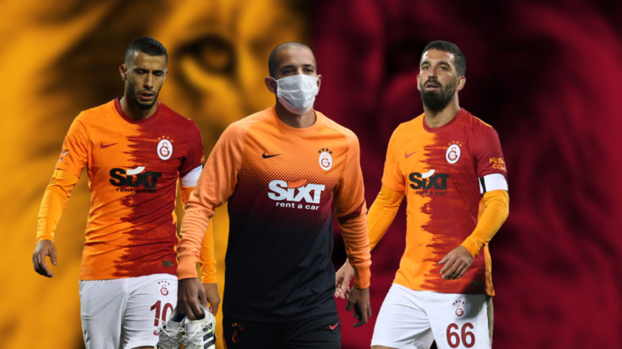 “After Galatasaray’s Sivas match, Belhanda came to the interview,” Arda is a very good captain for us, thank you. “Feghouli came a little later, used the same expressions.”

“Surprisingly, Belhanda and Feghouli were not asked the question of Arda during the interview. Why was it necessary, the two footballers felt the need to thank the captain Arda publicly. I was curious about the impulse of the journalist.

“I have to write, I have to share with football fans. First of all, let me state this. I also criticized Arda a lot. Especially in recent years, there is nothing that cannot be criticized for the mess and events …”

“But if we have a conscience, if we have humanity, if we have honesty, we have to give and appreciate the good just as we criticize the bad and the wrong.”

“The situation is as follows: Belhanda and Feghouli, whom the Galatasaray community altogether called” unwillingly “, and Arda, as the captain of the team, have literally and sincerely stretched their arms and wings, they have adopted them …”

“He called every day. He sent food to their homes. They went to dinner with their families.” He constantly asked and interested. He showed his sincerity. He corrected his team relations from top to bottom. There are even more, there are those who are private, it would be a shame if I write. “

“A great story stretching from Bayrampaşa to Barcelona … A long, tiring, honorable but extremely weary road with its rights-wrongs, good-bads, successes-disappointments …”

“Arda is now trying to return to the lost years. Even if he is not on the field yet, it is obvious that he has achieved it outside the field … I hope his return to the fields will be like Arda, which we know and want to remain as we know.”