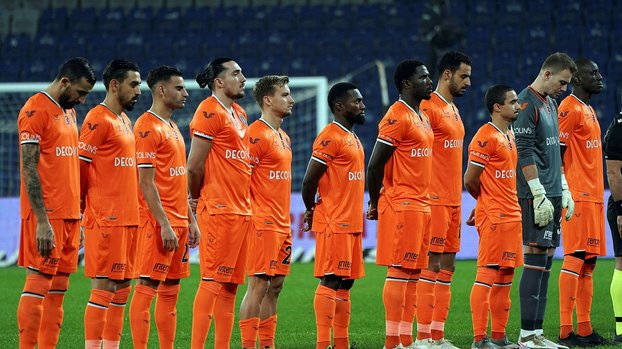 Başakşehir, who completed the remaining season as the champion in the Super League and brought the first championship trophy in the history of the club to its museum and won the right to compete in the Champions League for the first time, is experiencing a nightmare in the 2020-2021 season. Things did not go as expected in the orange-dark blue people, who started the new season with the morale of the championship and strengthened their staff with the reinforcements they made.

In the Champions League, Okan Buruk’s team, who fell into the same group with Manchester United, Paris Saint-Germain and Leipzig, finished this adventure with 3 points in the last place and said goodbye to Europe. The Istanbul team, who shed a sweat in both the Giants League and the Super League and found themselves in a busy fixture, could not hold on to the league as they wanted.

Başakşehir, which started to take place in the Super League since 2014 with its new name, is experiencing its worst season. Considering the first 14 weeks of the episode between the 2014-2015 and 2020-2021 seasons, the orange-navy team is in the period where it won the least wins, the most losses and the most goals. Having 6 wins, 6 draws and 2 defeats in the 14 weeks of 2014-2015, M. Başakşehir ranked 4th with 24 points. The number of goals conceded by the Istanbul representative, which shook rival networks 17 times, is only 5.

The following season, Başakşehir, under the direction of Abdullah Avcı, scored 21 goals and conceded 12 goals, leaving the process behind in the 5th step with 8 wins, 2 draws and 4 defeats. In the 2016-2017 season, the orange-navy blue team reached 32 points with 9 wins and 5 draws and found a place in the 1st place, scoring 29 goals and 10 goals in the castle.

Başakşehir, which reached 30 points after 9 wins, 3 draws and 2 defeats in the 2017-2018 and 2018-2019 seasons, finished the first 14 weeks of both seasons at the top. While the orange-navy team shook the nets 25 times in 2017-2018, they could not prevent 15 goals in their nets. In 2018-2019, this number stands out as 19 goals scored and 6 lost. Medipol Başakşehir had 7 wins, 5 draws and 2 defeats in the said part of the season, where he reached the championship. Orange-dark blue players, who took the 4th place with 26 points, scored 22 and conceded 14 goals. In the season we are in, Başakşehir has 4 wins, 3 draws, 6 defeats in the league where he passed by a week, 15 points in the 16th step. Orange-dark blue team, which is the third team to concede the most goals with 22 goals in their networks, has enjoyed goals 19 times.

5 MATCHES, NO PERIOD OF LOSS FOR 3 POINTS

Başakşehir, who won his last victory in the Super League by defeating Gençlerbirliği 2-1 in the field in the 8th week, could not meet 3 points in 5 matches after that game. Losing to Beşiktaş, Gaziantep FK and Fenerbahçe, the Istanbul representative also drew against Denizlispor and Yeni Malatyaspor.
Başakşehir had not had a longing to win for 5 consecutive weeks in the league since 2014. The orange-navy team won 2 draws, 2 defeats on the 28th, 29th, 30th and 31st weeks in the 2018-2019 season, 4 draws in the 19th, 20th, 21st and 22nd weeks in 2015-2016, and finally the top 4 of the 2014-2015 season. He left the week with 1 point, but he managed to write 3 points in the follow-up weeks.