Fatih Karagümrük, who hosted Galatasaray in the opening match of the 13th week of the Super League, scored in the 12th minute, the goal was declared invalid after the VAR review.

The ball hit the yellow-red players after Balkovec’s kick in Karagümrük after the corner kick used at the beginning of the fast-starting match, and the ball was sent to the networks by Koray Altınay, who was in front of the goal. The referee of the match, Mustafa Öğretmenoğlu, first gave the goal, and after the warning of the referee Zorbay Küçük and Kerem Ersoy in the VAR room, the goal was declared invalid on the grounds that Koray was in an offside position.

Here is that position … (Image taken from beIN Sports) 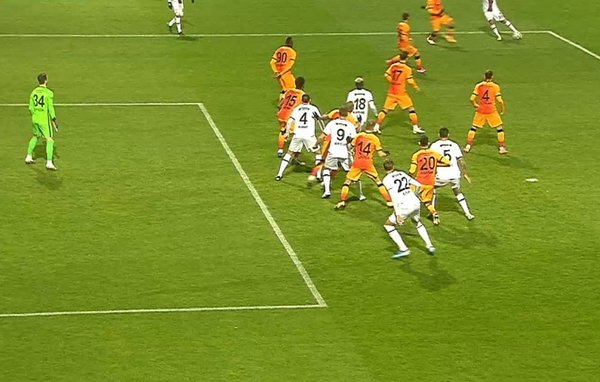